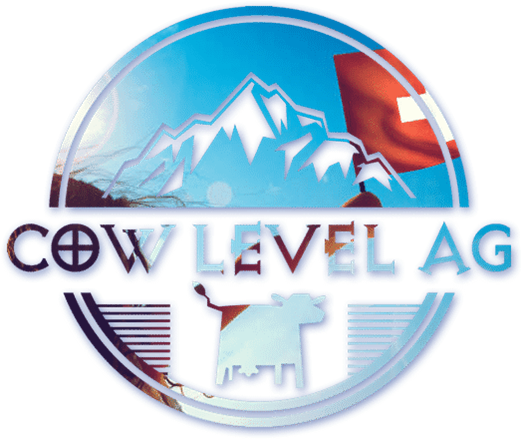 The gaming industry is growing at several times the rate of the overall world economy and at the center of it all sits the game. Some PC games attract over 60 million unique users — an amount only outnumbered by the 20 biggest countries’ populations. Other PC games reap $7,5 bln in annual revenues — more than GDPs of most African countries. But eventually, more than half of the industry’s profits belongs to the mobile sector. So which game genres and gaming platforms actually rule the industry?

People have been playing games from the dawn of humanity and so far, the concept of what a game is hasn’t changed: it’s still a system in which players engage in an artificial challenge, defined by rules, that results in a quantifiable outcome. What did change alongside with the advancements in IT, though, is the means of bringing this concept to life.

In 1960-s, an MIT scientist Steve Russell created the first game that consisted of 1 and 0 on a computer screen rather than physical objects and abstract rules that players agreed on. This heralded a shift into the unprecedented digital ingame environments where killing people was not illegal, where a new type of opponent — a computer — was never angry if you win, and where you could play with people from the US and Korea not getting out of your bed.

Yet until recently, the only physical interaction with these ingame environments was through the screens and keyboards & controllers — which still enabled gamers to get lost inside these virtual worlds. Guess what will happen once virtual reality and other emerging tech reach their full potential? We can expect another profound shift and for the first time in history, not only in how we embody the game concept and interact with the ingame reality but also in what a game fundamentally is — and what sets it apart from the “real” world.

Game developers have already started launching VR games related to popular franchises, such as Star Wars Battlefront Rogue One: X-Wing VR Mission, playable on PlayStation VR, and many more. While this is just the very beginning, one day we might find ourselves in a world where ingame realities will be perceived by all our senses just like their “real” counterpart. And that’s where the exciting (or creepy) part begins and the gaming industry will reach its zenith and explode from cash.

…But so much for the daydreaming now. While there’s surely a lot of exciting stuff 10 years from now, the games available at the moment are already good enough to altogether compile a $138 bln industry. Let’s take a look at the games that are driving the industry forward today.

From League of Legends to notorious time-killing apps on your smartphone: the loudest genres of the gaming world

The existing games differ in the complexity of their ingame environments and tasks, in the interaction between the players and much more. But in order to unscramble this diversity, let’s use the lenses of game genres. Here are the most played of them:

1) Massively Multiplayer Online (MMO) and its sub-categories Multiplayer online battle arena (MOBA) and Massively Multiplayer Online Role Playing Games (MMORPG). In these genres, gamers play with thousands of other gamers online and complete quests as well as socialize. The MMO ingame worlds can get as sophisticated as they possibly can be in a video game, thus offering the widest spectrum of pleasure you can get from gaming. MMOs apply to a range of different gameplay types and genres: FPS, RPG, and RTS, or across fields as diverse as Battle Royale, combat, sports, racing, social, and others so it may add a bit of mess to the genres classification.

The most popular example of this genre — and one of the most played games in the world — is League of Legends (LoL). On average, LoL has 27 mln daily and 67 mln monthly users — to put that in perspective, there are only 20 countries in the world whose population outnumbers the user base of LoL.

Another popular MMORPG game is World of Warcraft (WoW) which took 5 years to develop and counts over 10 million unique gamers — more than any given population of 56% of countries in the world. No wonder that this amount of gamers brought WoW developers $7.5 bln in 2018 alone — more than GDPs of most African countries.

2) Battle Royale. It’s a new game genre that blends the survival, exploration and scavenging elements of a survival game with last-man-standing gameplay. It has taken the world by storm in just two years, driven by the dazzling success of the two most popular games of today: the Fortnite Battle Royale — with over $1 bln in revenue solely from ingame purchases — and PlayerUnknown’s Battlegrounds — with over $700 mln in 2017 profits, almost as much as the entire eSports market.

Battle Royale game Fortnite
3) First Person Shooter (FPS). Action games have always been one of the most popular genres, and FPS games form the most popular sub-genre within action games. FPS games feature 3D environments and are centered around weapon-based combat in the first-person perspective. The most well-known examples of the genre include Counter-Strike: Global Offensive — which sold 25 mln copies before suddenly going Free-to-Play end of 2018 — or Call of Duty.

FPS game Counter-Strike: Global Offensive
4) Real-Time Strategy (RTS). In RTS games, you maneuver units under your control to defeat your opponents’ assets and secure key areas on a map. Building up your inventory of items, armies, etc is key to achieving these goals. For example, controlling a gold mine within a game allows a player to fund the construction of buildings and the creation (or training) of new population units, which are in turn helpful in future missions. The tasks a player must perform to succeed in an RTS game usually grow in complexity as the levels progress.

5) Sports games. This genre emerged early in the history of gaming and today it remains as one of the most popular game genres in the world. Just like real-world sports, sports games simulate the traditional physical sports wherein the opposing team is controlled by artificial intelligence (AI) or other real-life people

6) Simulation. These games simulate real-world activities — from driving vehicles to living a life and managing cities as in SimCity. The economic simulators that give players an option to manage an economic system are also one of the well-known sub-categories of this genre.

7) Fighting. In this genre, you battle against another character controlled by another gamer or the game’s artificial intelligence (AI). Such games have been a bastion in the gaming industry for several decades and spawned eternal franchises including Tekken, Street Fighter, and Mortal Kombat that are recognized around the world.

While the majority of games which attract the biggest number of users and reap the highest profits for their developers fall within the MMO sub-genres, these are not the genres that account for the biggest chunks of the whole industry’s profits. The trick here is that while particular MMOs get crazy successful, they are mostly played on powerful PCs and consoles, which impedes the participation of the majority of gamers who don’t possess of such. So if we want to define that what propels the whole field’s growth, we need to switch our perspective to how we interact with the games rather than what these games contain.

Gaming platforms as a medium for interaction with diverse ingame realities: Mobile as the new king

20 years ago you could only play games on your desktop computer or console, no matter the genre. Now you have other great options — mobile games for tablets and smartphones, browser games, and games playable on the emerging VR platforms. While these can add a special twist to our gaming experience, what’s crucial about their advent is that they have changed the way we “consume” games.

In this regard, mobile games have become the true game-changer enabling you to play while on a running track, in the subway or at a boring meeting. Whether you’re young or old, rich or poor, busy working or enjoying a school vacation. Moreover, in Asia — home to more than 50% of the worlds’ gamers — PC & console penetration is relatively low, while a simple smartphone can be found even in the tiniest villages. These smartphones serve all peoples’ needs including the need for entertainment, and that’s where mobile gaming outperforms all other options including cinema with its low price and higher engagement.

This gave a push to mobile game developers’ ingenuity in an attempt to create quality mobile games of different genres — including the notorious MMOs or Battle Royale — and use the new tech such as augmented reality, which exploded Pokemon Go, to not only open new users but also lure away those playing boxed and browser games on PC and console.

“In 2018, the mobile sector grew at the fastest rate compared to all other gaming platforms — +25% to the previous year —and generated half of the whole industry’s revenues, $70.3 bln”

The coolest thing about it is that they actually succeed: in 2018, the mobile sector has been growing at the fastest rate compared to all other gaming platforms. It has accreted +25% to the previous year and generated half of the whole industry’s revenues — $70.3 bln. Meanwhile, the PC segment, whipped up by the trending esports market, grew at only 3.2%, and the console did at 15.2%. According to NewZoo estimates, in the span of a decade, mobile gaming will have grown from the smallest segment in 2012 to a 100-billion-dollar industry in 2021 recasting the divisions of power between the segments and contributing to an already booming growth of the whole industry, together with other tech as VR.

The complexity of gaming experiences available across genres like MMORPG brings certain game producers whole “countries” of users and billions of dollars in profits while spurring tons of debates on the web. Yet, what drives the industry forward is not so much about the new gaming genres but about how user interact with a game — e.g. via mobile gaming or emerging technologies like VR, and these are already exploding the industry.